Are you ready for the six zone kitchen?

If you’re planning to have a new kitchen in 2022 you are probably wondering where to start?

In this article we explore the concept of flexible open plan kitchens, particularly the six zone kitchen. 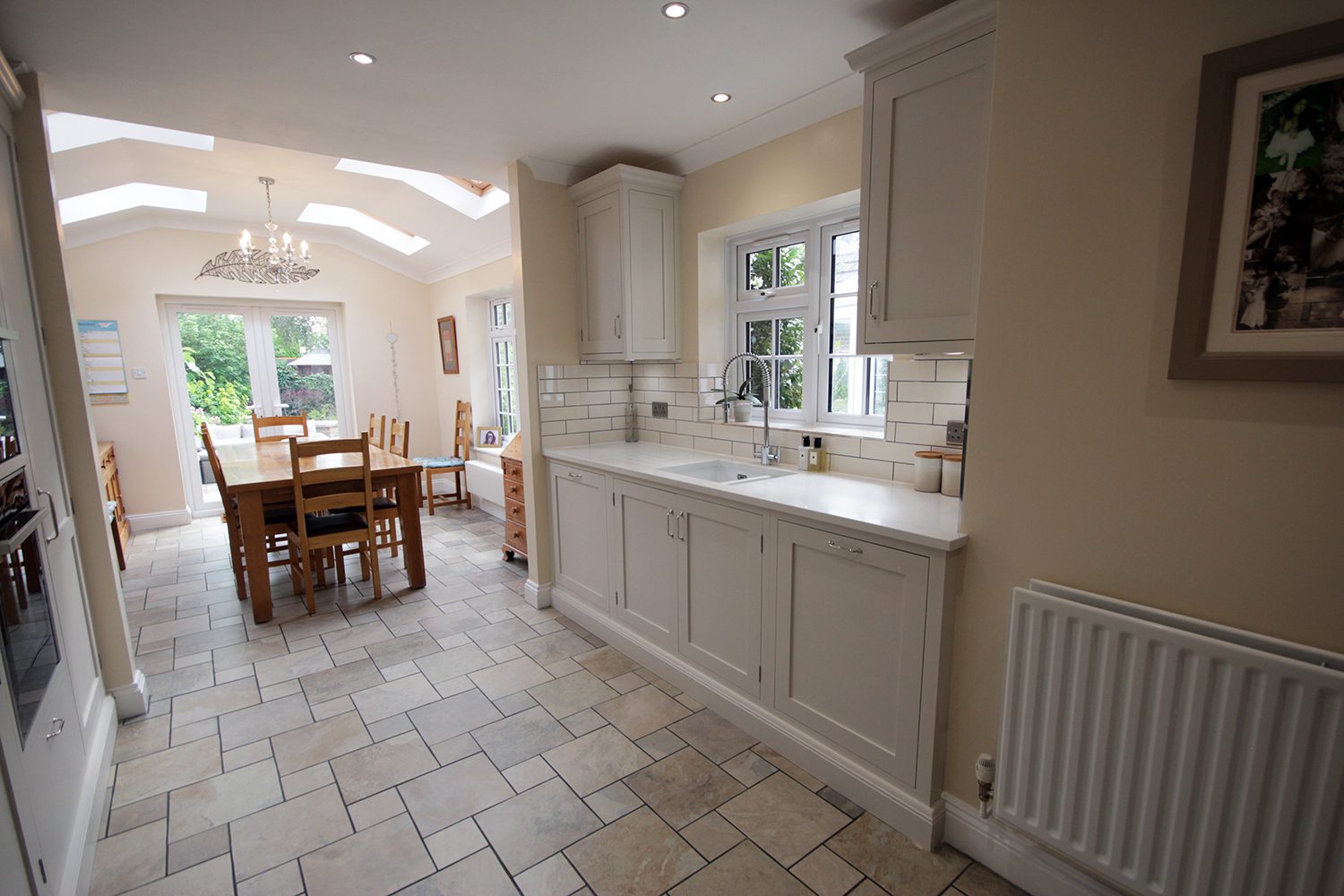 But did you know that the three zone concept dates all the way back to the 1940s, when kitchens were usually only used for preparing and cooking food.

Nevertheless, the three zone concept can still work well today for smaller enclosed kitchens. But if you have a larger kitchen space, there may be better ways to use it. 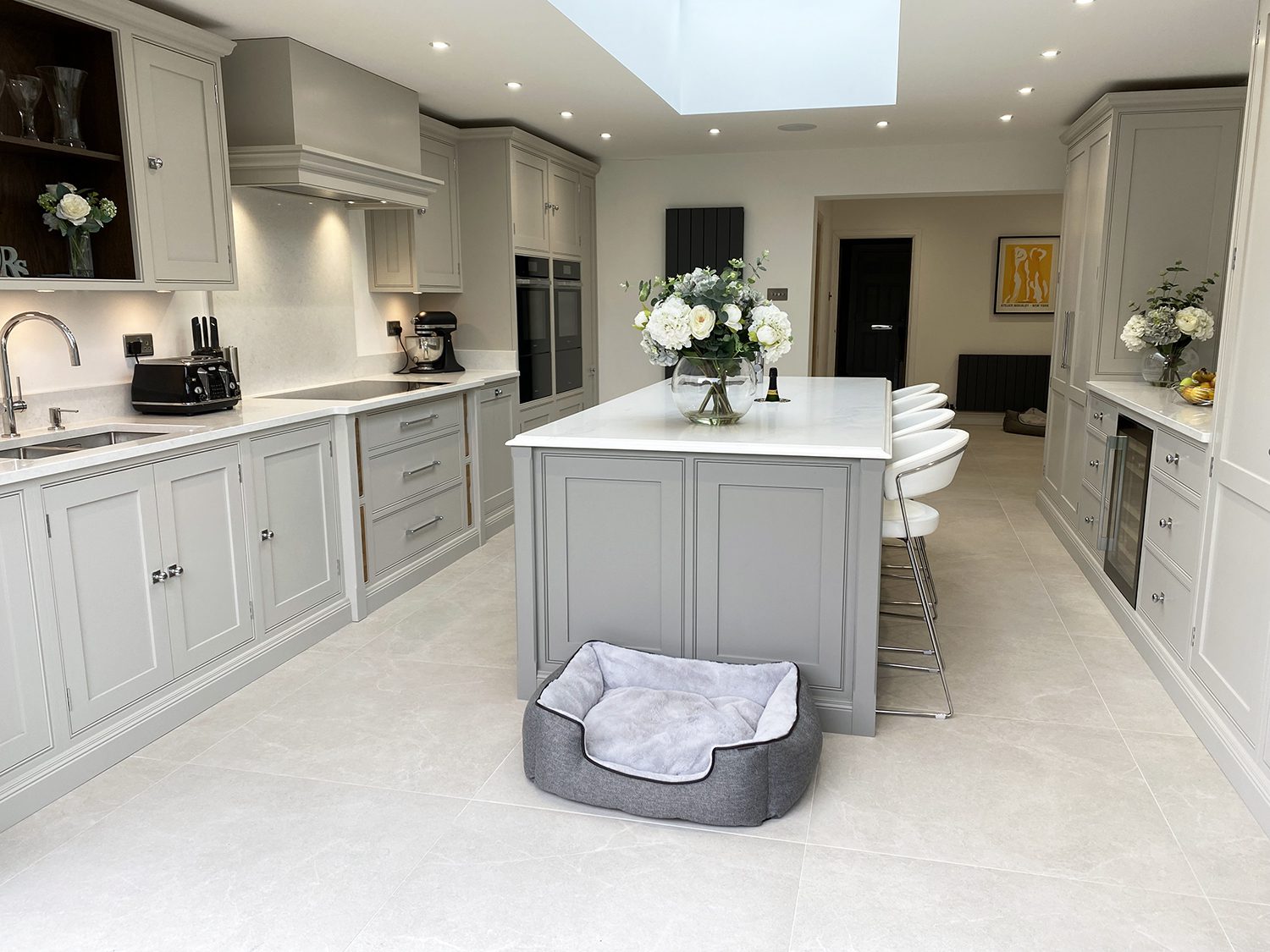 With the evolution of larger kitchen spaces, many kitchens are now designed on the premise of five zones. These are:

Oven, hob and food preparation area, including any worktop appliances.

Storage for fresh and dry food, such as fridge, pantry and cupboards. 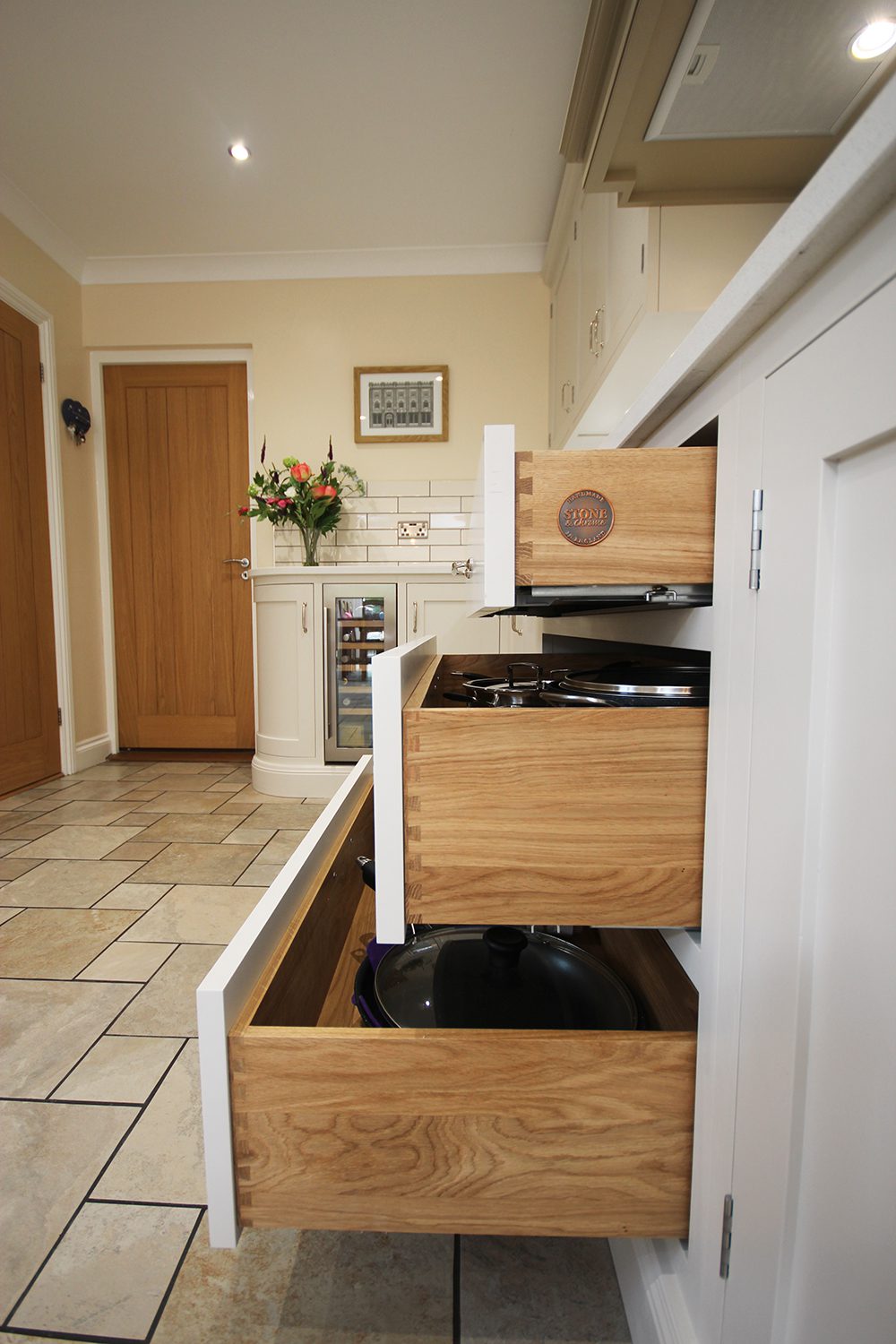 A five zone kitchen is likely to make use of newer on-trend features that can maximise its storage and efficiency. For example: 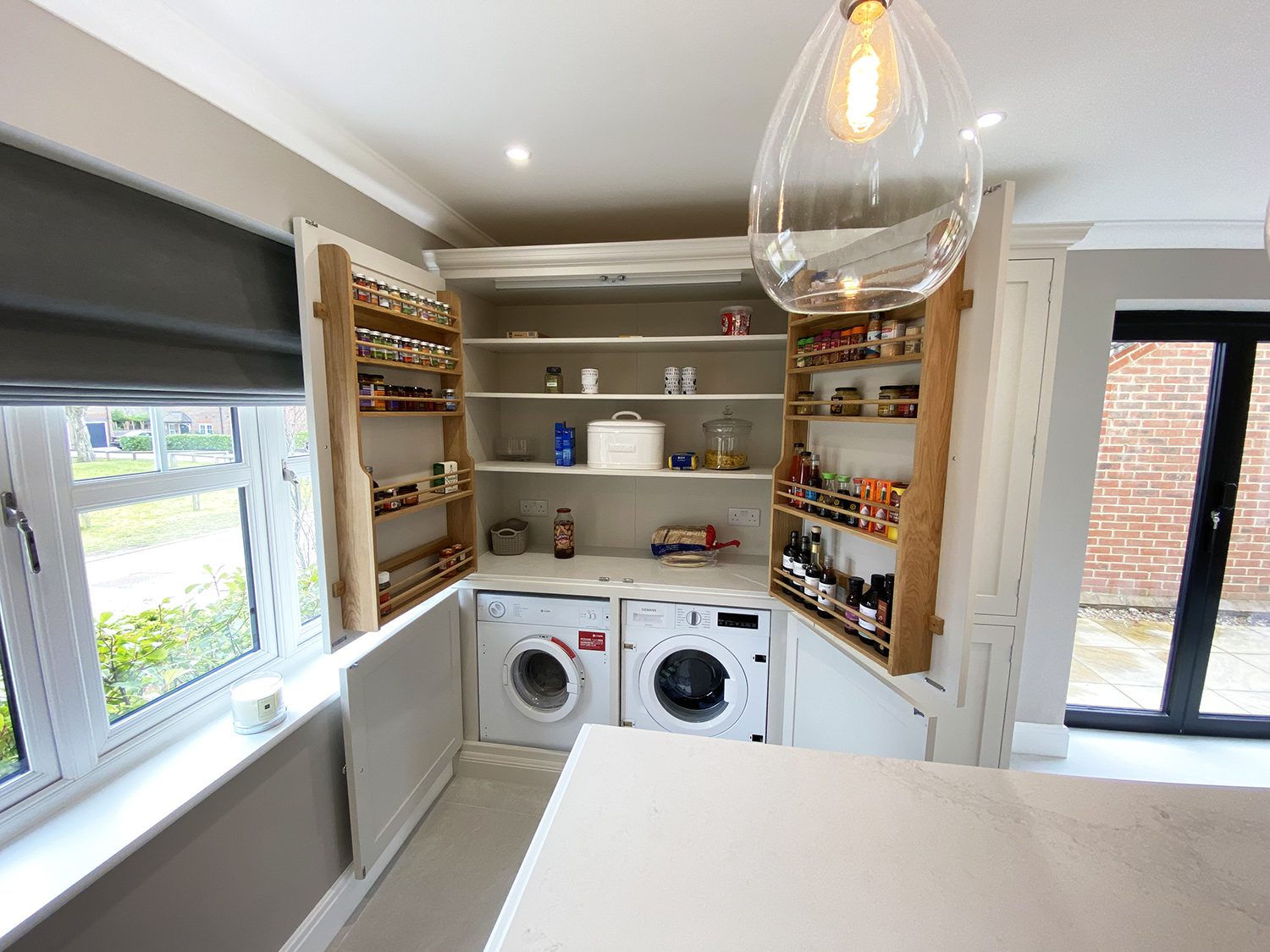 An open plan five zone kitchen also has the flexibility to adapt to multiple needs at the same time. Whether that is several people preparing food together, or working on different activities, the five zone kitchen can accommodate them.

A kitchen island is another typical feature of a five zone kitchen, providing additional seating and storage capacity as well as charging stations and power sockets. 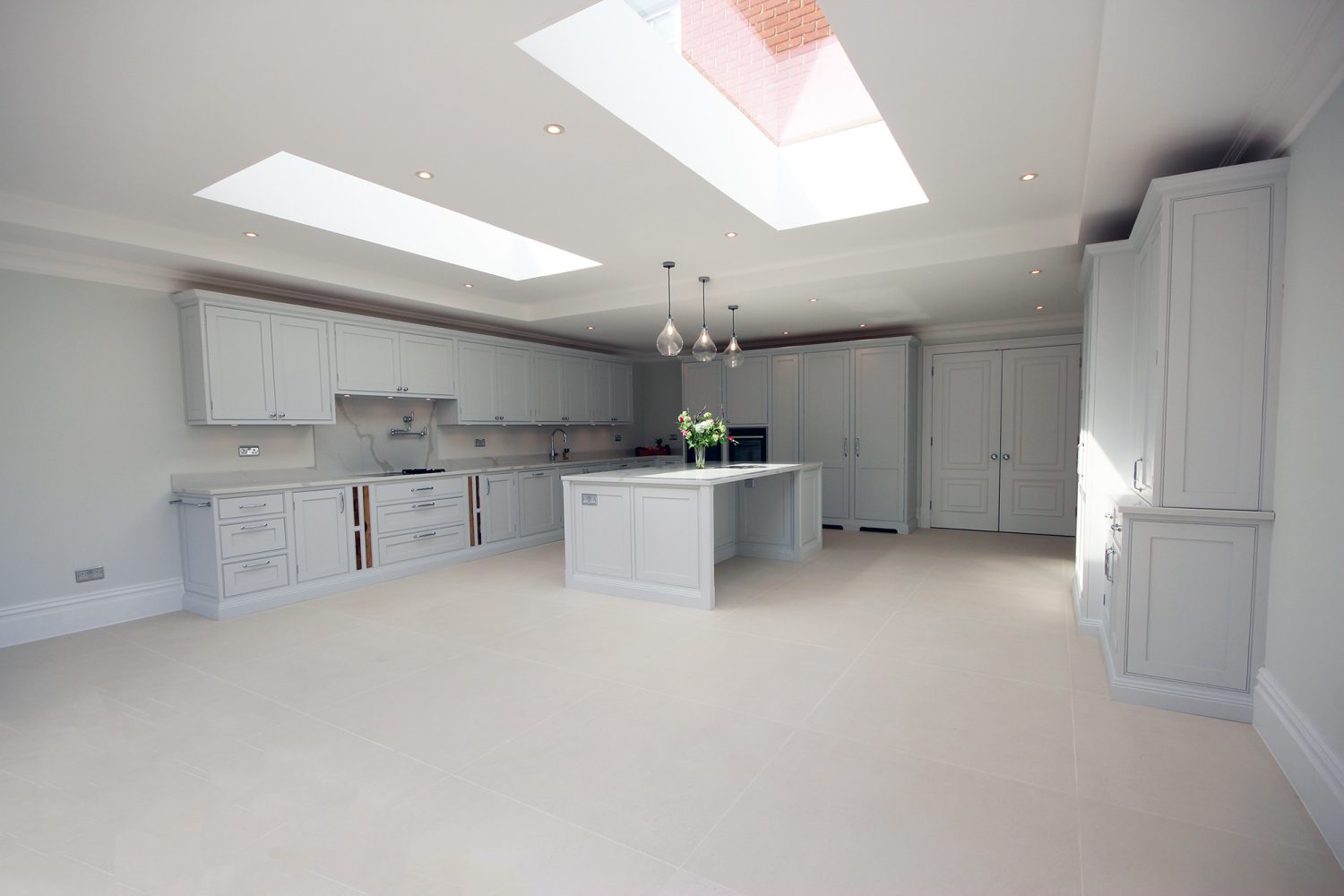 So what is a six zone kitchen?

The entertainment zone is an area for friends and family to gather together, separate from the cooking area but still part of the same space. It enables everyone to be together, whether host or guest, without anyone missing out on anything.

A sixth zone can either be fully a part of the open plan kitchen or slightly set apart by a corner, shelf, island or peninsula. The choice is yours! Either way, you will have all the food storage, preparation and cooking benefits of a five zone kitchen with the sociable, entertainment and living space of six zones. 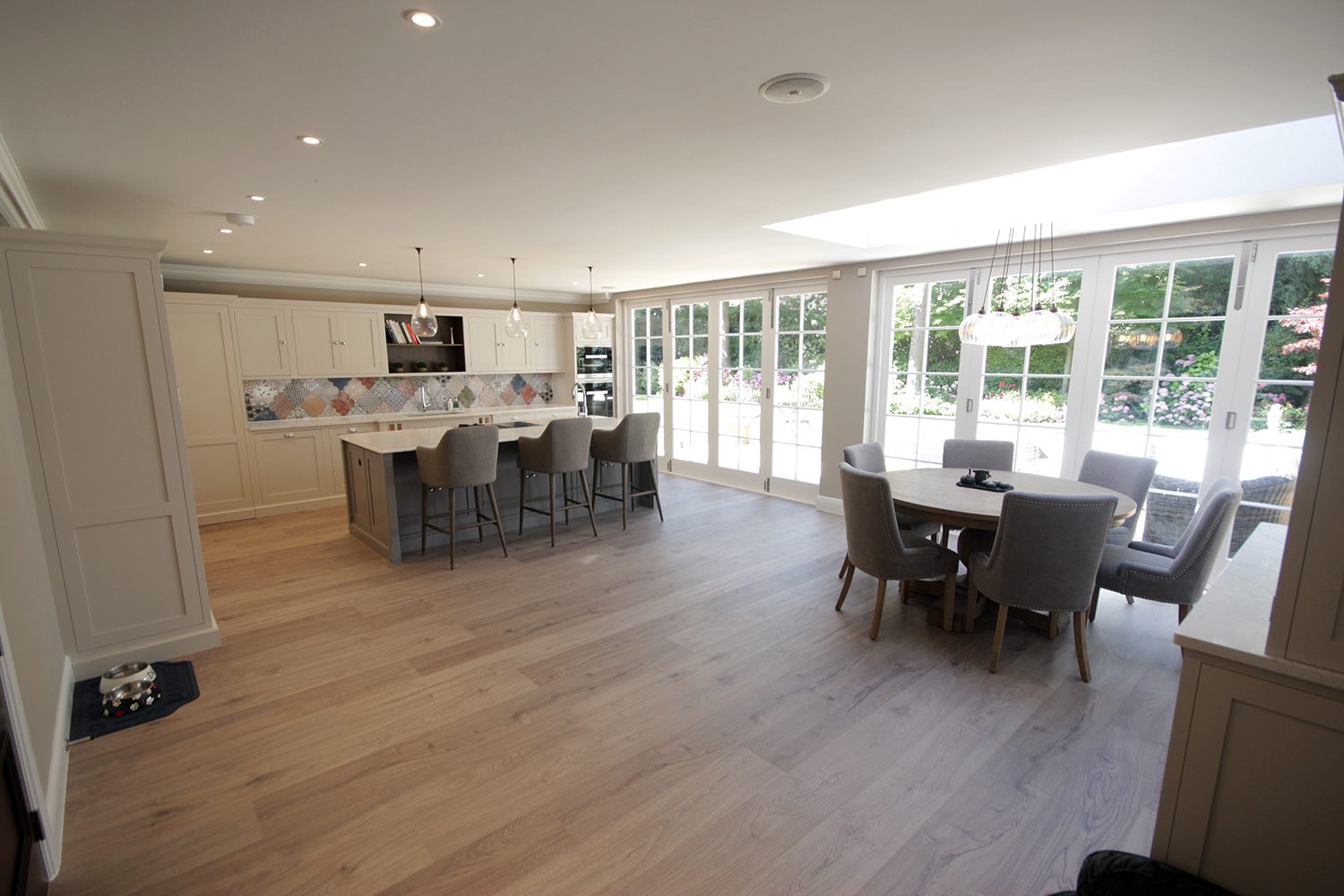 However many zones you decide you want in your brand new kitchen – three, five or six – Stone and Chrome can help you achieve exactly that.

So start off by taking a browse through our fabulous kitchen gallery to get some inspiration and ideas. Then do get in touch with us at Stone and Chrome. We would love to arrange for you to come and visit us so that we can help you start to plan your new dream kitchen, and make it a reality in 2022.

This website uses cookies to improve your experience while you navigate through the website. Out of these cookies, the cookies that are categorized as necessary are stored on your browser as they are essential for the working of basic functionalities of the website. We also use third-party cookies that help us analyze and understand how you use this website. These cookies will be stored in your browser only with your consent. You also have the option to opt-out of these cookies. But opting out of some of these cookies may have an effect on your browsing experience.
Necessary Always Enabled
Necessary cookies are absolutely essential for the website to function properly. This category only includes cookies that ensures basic functionalities and security features of the website. These cookies do not store any personal information.
Non-necessary
Any cookies that may not be particularly necessary for the website to function and is used specifically to collect user personal data via analytics, ads, other embedded contents are termed as non-necessary cookies. It is mandatory to procure user consent prior to running these cookies on your website.
SAVE & ACCEPT
Open chat
Got a question?